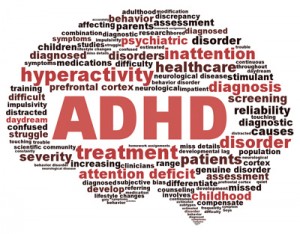 In the 2014-15 program year, CEED reviewed 13 pilot proposals and awarded funds to 5 projects at approximately $25,000 per project. Following are summaries of the newly-funded projects.

(1) Nanoparticles and their agglomerates released during the use of nanotechnology-enabled consumer sprays inactivate airborne and surface-borne microorganisms. (2) Efficiency of microbial inactivation and the extent of cell membrane damage depend on a particular consumer product, its aerosolized particle size distribution and its chemical composition.

We hypothesize that the lung microbiome can be characterized in samples collected from cystic fibrosis (CF) patients and healthy controls using different collection methods: breath condensate, lung sputum, bronchoalveolar lavage (BAL) fluid and endobronchial biopsy. Our long term goal is to determine how the microbiome changes and interacts with the human host in response to environmental stressors, and how the induced changes to microbiome contributes to progression from a healthy to a diseased state.

Pyrethroid pesticides and their metabolites, which may lead to neurologic or respiratory disorder in children, cross over from the pregnant woman to the fetus and are measurable in cord blood. Several birth outcomes (reduced birth weight and length and head circumference) and neurodevelopmental disorders (including ADHD and mental and motor delays), have been associated with insecticide exposure during development.

This research will develop preliminary information on population levels of pyrethroids in maternal and cord blood to explore association between fetal exposure and neurodevelopmental abnormalities in children later in life and provide pilot data for the future submission of an NIH R01 grant to conduct a longitudinal epidemiologic study.

Tea is the second most popular beverage consumed worldwide. There have been extensive laboratory and human studies suggesting that tea consumption, at daily doses of 3-4 cups or higher, can reduce the risk of chronic diseases, including obesity, metabolic syndrome (MetS) and diabetes. In our laboratory we have demonstrated that (-) epigallocatechin-3-gallate (EGCG, the most abundant and biologically active tea polyphenol) at levels of 0.32% in the diet, can prevent or reduce high fat diet-induced obesity, MetS and liver steatosis. Several mechanisms have been proposed for such an effect, including reducing the absorption of fat and proteins, increasing expression of genes involved in fatty acid oxidation, decreasing expression of genes involved in fatty acid synthesis, increasing expression or translocation of glucose transporters, and/or decreasing pro-inflammatory cytokines.

The possibility that tea consumption affects the gut microbiome, which subsequently contributes to the alleviation of MetS, has not been adequately investigated. The db/db mice provide a unique experimental system to investigate the alteration of gut microbiome under conditions simulating MetS. We plan to study the effects of (1) a standardized green tea polyphenol preparation (Polyphenon E) and (2) a black tea polyphenol preparation (containing theaflavins and thearubigins) on intestinal microbiome and parameters of MetS.

A local population of Alzheimer’s Disease (AD) patients will validate original findings of an association between AD as a positive amyloid or FDG (Flurodeoxyglucose) PET scan and elevated DDE serum concentrations, possibly extending the association to include multiple organochlorine pesticides.

* The deadline for submitting proposals has been extended to Monday, June 16, 2014.*

The mission of CEED is to understand how environmental exposures are integrated with host and environmental factors to influence human diseases, and to use this information to improve human health through education, outreach, and mechanistically based intervention, prevention, and treatment modalities.

This year’s RFA encourages interdisciplinary approaches to environmental health sciences. A maximum of $25,000 will be available for each grant; however, budgetary justification will be a significant component in reviewing these grants. The program is open to all Rutgers faculty members, with special consideration given to new faculty members. Membership in the NIEHS Center or in EOHSI is not required, however, collaborative projects with CEED/EOHSI members are strongly encouraged.

The full Request for Proposals (RfP) is available for download here.

The grant’s annual ~$1.25 million funding (direct costs) will be supplemented with $1 million in university funding over the five-year cycle and will help to implement CEED’s vision to pursue precision environmental health research through the integration of clinical, basic and population-based studies. CEED will leverage its extensive experience and expertise with new capabilities in exposure biology, epigenomics and microbiomics.