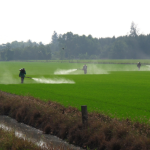 The use of pesticides for crop production has grown rapidly in the developing world and specifically in Thailand during the last decade. As a result, children living on rice farms in Thailand are exposed to higher concentrations of organophosphate (OP) and pyrethroid (PYR) pesticides than Thai children living on shrimp farms or US children from farm communities. Although Thai children from rice farms had more exposure to pesticides based on levels of pesticide metabolites found in their urine, their ability to tests of cognitive and motor skills was not worse than farm children.

Agriculture accounts for 8.4% of Thailand’s gross domestic product and employs the largest percentage of the workforce. Both OPs and PYR are chemical substances that cause harmful effects on the nervous system and are known to affect neurologic development. Fifty-four, 6-8 year old, healthy male and female Thai children completed tests of attention, memory, processing speed, and motor function once during the season when the pesticides were applied at high levels to control pests in rice crops and once six months later when pesticides were used less because rice is generally not grown during the dry, hot season.

Compared to the children living on shrimp farms, the rice farm participants had significantly greater organophosphate and pyrethroid metabolite levels which indicated exposure. For many of the metabolites, there were no significant differences between high and low (dry) pesticide use seasons, indicating consistent exposure regardless of presumed seasonal differences in pesticide application. Despite significantly greater metabolite levels, rice farm participants didn’t show significantly worse cognitive or motor performance during high or low pesticide use seasons than their age matched shrimp farm children. Although differences were not significant, small differences in the results indicate that small to modest negative effects on some tests among rice farm children cannot be ruled out. A study with a much larger sample size would be required to further examine these results. 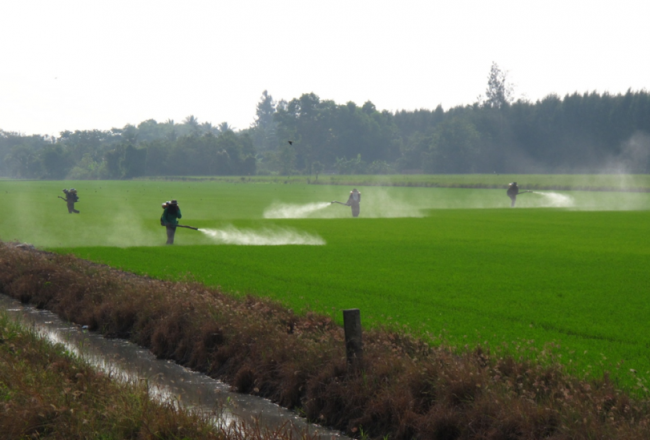 Next Steps: Accumulating evidence suggests that prenatal exposure may be more predictive of harmful neurologic effects than exposure during childhood. Urinary metabolites only reflect recent exposure (24-48 hours), and therefore limit the ability to determine the effects of chronic pesticide exposure during childhood. Longitudinal birth cohort studies are needed to measure metabolites of OP and PYR insecticides during each trimester of pregnancy and evaluate the impact of prenatal insecticide exposure on neurodevelopmental.

Funding: Include CEED and any additional funding
This research was funded in part by the National Institute of Environmental Health Sciences (NIEHS) through the Center for Environmental Exposures and Disease at EOHSI (NIH-NIEHS P30 ES005022) and by the NIH FIC under grant D43TW007849; the NIEHS under grant R21ES18722; and NIH5R21ES015465-02. NIEHS has reviewed and awarded grant R21ES18722. We also wish to acknowledge the financial support provided by the College of Public Health Sciences and The 90th Anniversary of Chulalongkorn University Fund (Ratchadaphiseksomphot Endowment Fund) at Chulalongkorn University.

Add figures and/or photos – up to 3 total. Graphics should be easy-to-read. 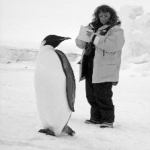 Dr. Joanna Burger, member of CEED and Co-Director of CEED Community Outreach and Engagement Center, has been featured in the December 2015 issue of Risk Analysis.

Click the link below to read the complete article.

By Michael Greenberg and Karen Lowrie