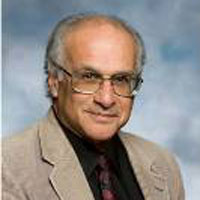 Paul was the Vice Chair of the Department of Environmental & Occupational Medicine, RWJ Medical School. He was Director of Exposure Science at the Rutgers Environmental & Occupational Health Sciences Institute and the Deputy Director of Government Relations. Dr. Lioy was a pioneer in air pollution research and was one of the first scientists to take samples from Ground Zero after the Twin Towers collapsed. He was considered one of the world’s leading experts in personal exposures to toxins and was elected Fellow, Collegium Ramazzini Environmental and Occupational Medicine and Health, Carpi, Italy in 1999. Since 2002 he has been one of Information Sciences Institute’s Most Highly Cited scientists in the category of Environment and Ecology. He was the recipient of numerous national and international awards including the International Society of Exposure Science Jerome Weslowski Award for Lifetime Achievement and the Ellen Hardin Walworth Medal for Patriotism. Among the many books he authored, he was the most proud of Dust: The Inside Story of its Role in the September 11th Aftermath.

Paul was an avid fan of Rutgers and Auburn football and the NY Yankees. He is survived by his wife of 44 years, Jean, his son Jason, his mother, Jean , and sister, Mary Jean. He considered his role of “Poppi” to his two grandsons, Alexander and Samuel, the most treasured role in his life.